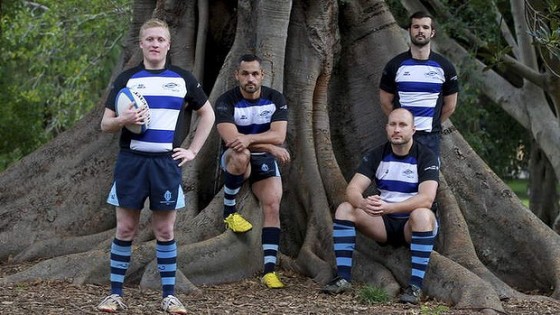 Australia Rugby Union have publicly stated that they are committed to fighting against homophobia in rugby, and are preparing a new policy to this end.  According to ARU CEO Bill Pulver:

“We will prepare the new Inclusion Policy  […], working with the gay Rugby community and Federal and State Government agencies, including the Australian Sports Commission and Australian Human Rights Commission, to further reinforce Rugby’s intolerance to discrimination and homophobia.

According to a statement last Wednesday on the ARU’s website:

the policy will act as an extension to the ARU’s existing Member Protection Policy and continues the organisation’s commitment to eliminate discrimination in Rugby across Australia.

The ARU made a public statement at a Bingham Cup event in NSW Parliament House this week. LGBT rights activist David Pocock attended the event which was to start the run-up to the Bingham Cup, (called after Mark Bingham, who died in the September ll attacks in the US)  which is coming to Australia for the first time. When it started in 2002 in San  Francisco, it had only six teams playing, now it has 60 teams worldwide.

“The Bingham Cup will inspire our young people to pursue their sporting dreams, regardless of their sexuality or gender. This is a big event for Sydney and I hope other government agencies and businesses will be encouraged to match our support.”

Also at the event were “The Sydney Convicts”, Sydney’s gay rugby team, and the first openly gay rugby team in Australia, who helped to bring the Bingham Cup to the country.  40 teams from 17 countries will compete in Sydney, making it one of the biggest rugby events in the world.

2014 Bingham Cup Organising Committee President, and the founder of Sydney Convicts, Andrew Purchas, said it was good to see homophobia in sport now being recognised and acted on. He stated:

“The Bingham Cup gives all the major football codes, and all sporting organisations in Australia, an opportunity to make a very meaningful change”.

According to the Star Observer:

The 15-a-side rugby union tournament is named after Mark Bingham, a former University of California Berkeley rugby star, who died in the September 11 attacks in the United States. Bingham was one of a group of passengers aboard United Airlines Flight 93 who bravely tried to stop the hijackers, resulting in the plane crash-landing in a field instead of reaching Washington DC, the intended target. At the time of his death, only six gay-inclusive rugby clubs existed worldwide – two of which were co-founded by Bingham – while today there are more than 50 clubs around the globe.

“Developing this inclusion policy is important as it demonstrates that rugby is a game where you feel included and accepted, no matter who you are”.