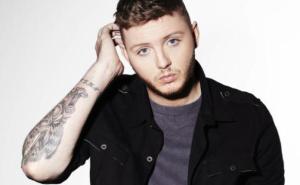 James Arthur is expected to perform on this Sunday’s X Factor programme.

British television channel, ITV, has been met with a barrage of complaints following the announcement that former X Factor winner, James Arthur, is expected to return to the show to perform his latest single this weekend.

The complaints lodged against the UK broadcaster are in light of homophobic language used by James Arthur in a rap ‘battle’ against another musician. The rap caused massive controversy amongst British media, with fellow X Factor 2012 contestant, Lucy Spraggan, tweeting that “[p]eople kill themselves every day because there’s insults like that around”.

Arthur was quick to apologise to those offended by his remarks, after his track was removed from SoundCloud. He also tweeted that “[s]ome of the things said in this rap can be mistaken for homophobic slurs and I assure you homophobia is something I do not believe in.” A spat between the X Factor winner and Spraggan occurred soon afterwards, however, leading to further outrage from both of their fanbases.

Despite the controversy created in recent weeks, it appears that Arthur will appear on this week’s X Factor regardless. A spokesman for ITV commented:

“Both ITV and the producers of The X Factor would like to make it clear in no way do we support, condone or share any form of homophobia or discrimination. […] Following his comments James has apologised, making it clear he did not mean to cause offence and explaining the context behind his remarks.”

Meanwhile, reports have indicated that the X Factor winner’s mental health is suffering as a result of the public’s negative reaction to his comments, as well as record label Sony warning him that the outcome of his actions may cost Arthur his career in music. The British singer has cancelled previous appearances due to “acute exhaustion” and it is not yet certain whether or not he will still perform on this week’s popular music show.