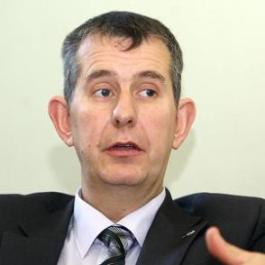 In October of last year, Justice Treacy ruled that it was irrational for Northern Ireland’s Department of Health, under Minister Edwin Poots (DUP) to ban gay and bisexual men from donating blood in the region, despite the fact that Northern Irish hospitals import blood from other parts of the UK, where the lifetime ban has been lifted.

Last September, EILE reported that Mr Poots has already spent over £100,000 of Northern Irish taxpayers’ money in his legal campaign to preserve the lifetime ban in the region. The ban has been widely criticised in both the UK and Ireland, and UUP leader Mike Nesbitt also said that there was “nothing responsible” to the ban in his speech during the party’s annual conference in Belfast last October. Mr Poots was also confronted by LGBT activists during a visit to Altnagelvin Hospital in Derry in November.

Northern Ireland is the only region in the UK that currently enforces a complete ban on MSMs donating blood; England, Wales and Scotland lifted the ban in November 2011, replacing it with new rules, which allow blood from men whose last sexual contact with another man was more than a year ago.

Despite the ban being lifted in the rest of the UK, Poots maintained that the ban in Northern Ireland had been held in order to ensure public safety. Yet imported blood was not subject to the same standards.

“There is clearly a defect in reason here,” Justice Treacy said in court, adding that the lifetime ban was both controversial and cross-cutting, taking in equality issues.

Last year, the ban on same-sex couples in Northern Ireland adopting children has now been lifted, following the ruling from the Supreme Court in London against Edwin Poots.