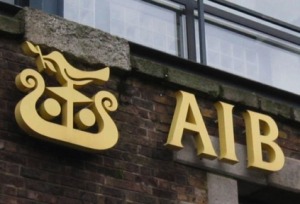 The Equality Tribunal has awarded transgender woman Deirdre O’Byrne €5,000 in compensation, after it ruled she had been discriminated against by Allied Irish Bank.

In October 2010, in accordance with the declarations on her change of name by deed poll, Deirdre O’Byrne approached her branch of Allied Irish Bank to inform them of her change of name. The bank changed her name and gender on her credit card, but told her to close down her ‘Cashsave’ account, as they would not change her details on that account. The Equality Tribunal found she has been discriminated against on grounds of gender by AIB, and as such, have ordered the bank to review their policies in relation to people who change their name.

Speaking about the decision, Ms. O’Byrne said that one of the steps involved in the “long, fraught and difficult” process of transition is correcting the legal consequences of being registered at birth in a different gender.

“What should have been a simple matter of going into the bank and presenting a few documents,” O’Byrne said, “instead turned into a 3-year-battle. I hope the bank, and all other institutions, will now ensure they have simple, straightforward procedures for transgender people to easily correct the consequences of a condition we were born with”.

In January 2012, Allied Irish Bank would not accept a cheque made out to Deirdre O’Byrne marked ‘a/c payee only’. On 4th December 2013 – two days after the decision was made in the equality case – she claims to have experienced further difficulties in establishing her identity as the account holder so that she could update the address on her account. “I’ve always wondered if the day would come,” Deirdre said, “where the bank would turn around and say – ‘sorry – we do not believe this money is yours’”.

“I was aware of other transgender people who had successfully changed the name on their AIB accounts without having to close them down. I was not going to participate in my own discrimination by complying with AIB’s request to close my account”.

She queried the bank’s decision, and got no satisfactory answer. She then approached the Financial Services Ombudsman, who accepted AIB’s contention that she had changed not just her name but her entire legal identity, which led to her taking a case to the Equality Tribunal.

O’Byrne has welcomed the decision of the Equality Tribunal, although she explained that such a situation shows the lack of understanding surrounding transgender people in Irish public life, both in business and at government level. As a radio presenter with NEARfm local radio in north Dublin and a transgender rights activist, Ms. O’Byrne has been critical of the Irish Government regarding their Gender Recognition Bill, and the challenges and delays it has faced.

“I am deeply dismayed at some of the Government’s proposals for gender recognition,” O’Byrne said. “However, getting the Government to recognise your gender is only a very small part of the process. I call on the Government to ensure that all organisations and institutions are required to recognise the true identity of transgender people with the minimum amount of fuss and effort, so that no-one else has to do what I had to”.