Posted by Scott De Buitléir on February 26, 2014 in Opinion 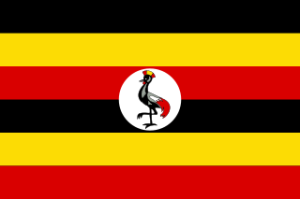 Where now for Uganda’s LGBT community?

Scott De Buitléir writes about what can be done for the Ugandan LGBT community from Ireland, and why they already have some strong support in other countries

That’s an obvious, but realistic, generalisation of how your Joe Soap may respond to you, if you were to talk to him about what is happening right now in Uganda. There would be a tone of sympathy and bewilderment in his voice, without a doubt, but you may fear that he won’t be thinking about it in ten minutes’ time. Instead, he’d probably be going about his weekly food shopping, hopping on the bus or train home, putting on the dinner and catching up on his favourite drama series. Truth be told, while it’s a pity that he may not feel more empathetic or angered by the signing of the Anti-Homosexuality Bill, putting an entire section of society in danger, you probably don’t have any plans to change your own daily routine, either.

That’s entirely understandable, and nothing to feel awkward about. After all, what on earth could a single person from [insert town here] do? If you marched barefoot up to Leinster House, would your voice be heard? Probably – by the Gardaí while they escorted you from the premises. If you were to go to your local Councillor/TD/Senator, would they really take the matter seriously? Maybe (in certain cases, definitely) but many are more interested in bringing more money/jobs to their constituency, and if that is high on their list, then you can’t fault them too much. Could you write a letter to the Ugandan Ambassador? Absolutely, but you may well be ignored. In short, you can’t fault someone for thinking they are helpless about what is happening thousands of miles away from them.

Still, there is always something we can do, but while I’ll get to that in a moment, I am genuinely delighted to see that many Western governments have already started to take a stand against Uganda, since President Museveni signed the Anti-Homosexuality Bill into law. The Canadian, Danish, Dutch and Norwegian governments have already announced that they have frozen aid to Uganda because of their human rights concerns, while the American and Swedish governments have hinted at following suit. Closer to home, the UK government announced that British aid to the Ugandan government was frozen last year due to corruption scandals in Kampala, but that the anti-gay law would only solidify the already-icey atmosphere between Britain and Uganda. Instead, British aid goes to NGOs working in Uganda, bypassing the government entirely. Similarly, the €22 million that the Irish government gives to humanitarian causes in Uganda also bypasses Kampala, thereby helping the people as opposed to the politicians.

The arrangements made by the likes of the Dublin and London governments means that Ugandans, in need of help, are not being abandoned or punished by the West for what Museveni has signed into law, and nor should they be.

That said, LGBT Ugandans are in grave danger, and need as much help from the international community as possible. The Red Pepper newspaper in Uganda has printed the photos, names and addresses of some 200 allegedly gay people. To help those affected, Scottish Parliament Member, James Dornan, has called on the UK Home Office to offer asylum to those who may well become the targets of a new “media witch hunt”, as described by Ugandan LGBT rights activist, Kasha Jacqueline. Kasha, however, has called on the world to “isolate” Uganda, to warn other nations against following in her government’s footsteps.

The Ugandan situation is by no means unique, however – we’ve seen atrocities against LGBTI people take place in many countries around the world, including Russia, Iran and Jamaica – but it is certainly one of the most severe situations. We have seen that Russian LGBT activists were encouraged to fight on when hundreds of protests took place around the world against Vladimir Putin’s passing of Russia’s law against ‘gay propaganda’. We now need to support Ugandan LGBT people, and show them that they are not alone. Countries like the UK, Canada and Ireland could offer asylum to Ugandans on the grounds of persecution, especially as the public atmosphere against LGBT people in Uganda is so strong.

As a community – whether that means LGBT, Irish or of a particular city/town – we can stand up and make our voices heard. Individuals rarely make much of a difference on their own, but if we can come together like we have done in the past (most recently against Russia) then it will be made very clear that Uganda’s President has made the wrong move here. Even if Uganda’s society is not entirely accepting of LGBT people, its law should still uphold tolerance and equality for all its citizens. This does not have to be a European or American ideal; South Africa has full rights and equality for its LGBT citizens, even if many South Africans are still intolerant of gay rights.

We – the LGBT and wider Irish community – have already shown that we can make a difference; from the Anti-Apartheid Movement in 1986 to the LGBT community’s protests outside the Russian Embassy in Dublin last year. We are a small nation, but we can stand in solidarity with our Ugandan brethren. 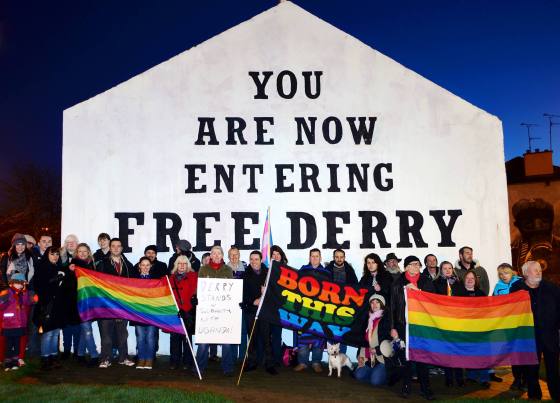