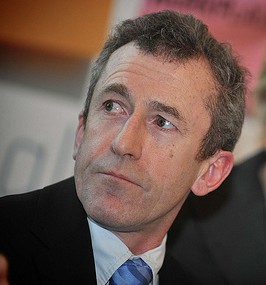 A new poll conducted this week by Millward Brown for the Sunday Independent shows continuing and consistent support for civil marriage equality.

“The Millward Brown poll for the Sunday Independent shows that a majority of the Irish people right across the country believe that all citizens should have the right to marry in Ireland regardless of sexual orientation. It is a wonderful and powerful valentine’s message about the value we all place on loving and committed relationships in our society” said Kieran Rose GLEN Chair.

“It is clear from this poll and other recent polls that Irish people firmly accept that lesbian and gay couples should be afforded the same respect, legal status and protections in the Constitution that are available to the rest of society.” continued Rose.

The referendum on the right to marry is to be held in May following on from the recommendation of the Constitutional Convention.

“The very warm response from across the country to former minister Pat Carey, who courageously talked about being gay and coming out in his later years, clearly demonstrates the generous acceptance by Irish people of our country’s lesbian and gay citizens. We hope that Irish voters will continue that generosity by supporting a positive outcome in the marriage equality referendum” said Rose. He continued:

“The figures are very positive but a lot of work will be required to ensure the amendment passes. This is a vote about members of our families, our friends, neighbours and work colleagues and their equal citizenship and it is important that we do all we can to engage and persuade people about why marriage matters to all of Irish society including lesbian and gay people” continued Rose.

“We will do all that we can to ensure that this is a positive campaign which focuses on the value of marriage to everyone in Irish society and how extending access to marriage to lesbian and gay people will strengthen that value. The referendum, if carried, will complete the remarkable 25-year journey to Constitutional equality for lesbian and gay people in Ireland” concluded Rose.