US: Boy Scouts of America – Change of Policy To Allow Gay Leaders 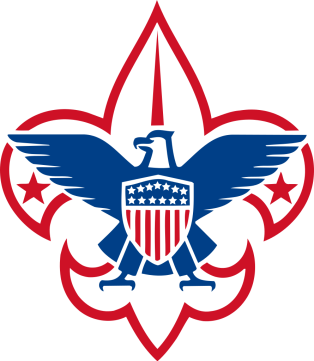 The Boy Scouts of America has unanimously [by those present and voting]  adopted a resolution which will change the adult leadership standards policy, and have the effect of allowing gay men to be leaders in the boy scout movement. This allows chartered organisations to “select adult leaders without regard to sexual orientation”. The resolution was adopted last Friday (10th), and should be ratified by the National Executive Board when it meets on Monday 27th July.

According to the Boy Scouts of America communications department:

“During the 2015 Boy Scouts of America National Annual Meeting in May, Dr. Gates encouraged the Scouting family to reflect on the challenges, primarily regarding adult leadership standards, facing the BSA and potential alternatives for addressing them.

As a result of the rapid changes in society and increasing legal challenges at the federal, state, and local levels, on Friday, July 10, the Boy Scouts of America Executive Committee adopted a resolution amending the adult leadership standards policy. The resolution was unanimously adopted by those present and voting.

This change does not affect the 2013 youth membership policy, and removes the blanket ban on gay men being group leaders.

The change in policy was foreshadowed in a speech made by the movement’s national president, Dr Robert M. Gates last May, when he gave an assessment of what would happen to the boy scout movement if they didn’t change policy:

“MOREOVER, DOZENS OF STATES – FROM NEW YORK TO UTAH – ARE PASSING LAWS THAT PROTECT EMPLOYMENT RIGHTS ON THE BASIS OF SEXUAL ORIENTATION. THUS, BETWEEN INTERNAL CHALLENGES AND POTENTIAL LEGAL CONFLICTS, THE BSA FINDS ITSELF IN AN UNSUSTAINABLE POSITION. A POSITION THAT MAKES US VULNERABLE TO THE POSSIBILITY THE COURTS SIMPLY WILL ORDER US AT SOME POINT TO CHANGE OUR MEMBERSHIP POLICY. WE MUST ALL UNDERSTAND THAT THIS PROBABLY WILL HAPPEN SOONER RATHER THAN LATER. [..] THE ONE THING WE CANNOT DO IS PUT OUR HEADS IN THE SAND AND PRETEND THIS CHALLENGE WILL GO AWAY OR ABATE. […]  WE CAN ACT ON OUR OWN OR WE CAN BE FORCED TO ACT BUT, EITHER WAY, I SUSPECT WE DON’T HAVE A LOT OF TIME”.

He also stated that they could not ignore internal challenges, where some councils, like Greater New York and Denver area, were changing their mission statements in defiance of the national policy, and they could expect more councils to challenge current policy.