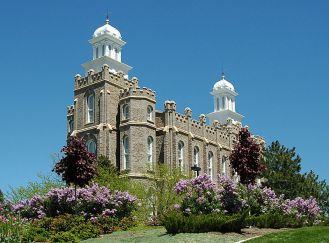 The Mormon church has dealt another body-blow to its LGBT brethern.

Instead, it says that when children of these relationships turn 18, they can make a conscious decision to join the church, be baptised and serve missions, but only if they:

1)  No longer live with their gay parents

This is supposed to stop children being confused between their parents’ teachings and those of the church.

Mormon leader D. Todd Christofferson said on video that the changes were made because of questions which had arisen as a result of the US Supreme Court’s decision to legalise gay marriage, and the Mormon church still regards gay marriage as an egregious sin which requires disciplinary action.

The new rules are in sharp contrast to last month’s statement by two leading Mormon leaders that although they promoted married heterosexual couples, those with opposing views should not be shunned.

← India: First Trans Woman To Be Appointed Sub Inspector Of Police
Listen: Valley Shine – If I Was A Bird →