President Higgins Celebrates 10 Years of TENI At Áras an Uachtaráin 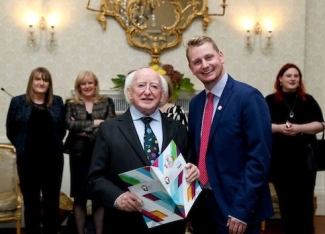 Fifty members of the transgender community, and allied organisations, were welcomed by President Michael D. Higgins at Áras an Uachtaráin yesterday, 23 November, to celebrate the 10th anniversary of TENI.

“TENI was founded in 2006 by a small group of trans people who wanted to change Irish society to be a better and more inclusive place for trans people. In just ten years we have seen phenomenal progress”

“The passage of the Gender Recognition Act in 2015 was an incredible moment in our history, but it was the culmination of so much hard work and dedication of so many trans activists and allies.”

Speaking at the ceremony yesterday, President Higgins reflected on the changes in Ireland in relation to the vindication of the rights of LGBTI people, paying tribute to those who campaigned in favour of those rights over many years. He said: 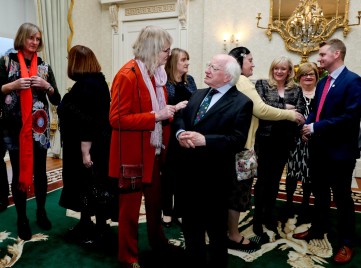 “This afternoon I would like to acknowledge and pay tribute to all those who campaigned for such life-changing legislation. The effective and sustained advocacy carried out by Transgender Equality Network Ireland, across Ireland’s legal, political, but also medical, structures has been instrumental in ensuring that both policy and legislative enactments can foster a positive recognition of the rights to inclusion and equality of transgender people in our Republic.” 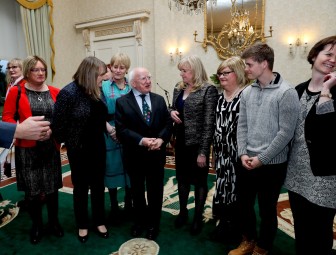 President Higgins also paid tribute to Dr Lydia Foy, and Michael Farrell of FLAC, for all their hard work to progress trans rights.

“TENI is deeply honoured to have our achievements recognised by the President. These are not just the achievements of TENI but of our entire community”

“Today was indeed a historic day for trans rights in Ireland.”

Transgender Equality Network Ireland (TENI) seeks to improve conditions and advance the rights and equality of trans people and their families. http://www.teni.ie