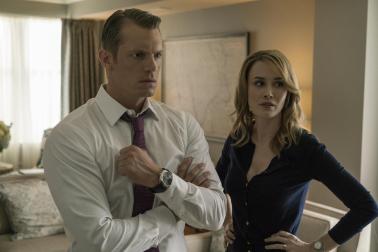 The countdown is on….

May 30th is the premiere of House of Cards season 5, featuring Irish actress, Dominique McElligott.

The ​fifth season of the ​critically acclaimed Emmy® nominated drama ​House of Cards ​premieres Tuesday, May 30, 2017.

The series’ Golden Globe winning stars, Kevin Spacey (as Francis Underwood) and Robin Wright (as Claire Underwood), whose characters have always been each other’s strongest allies, show cracks in their relationship​. ​