LGBTQ Authors and Poets Who Have Won Pulitzer Prizes 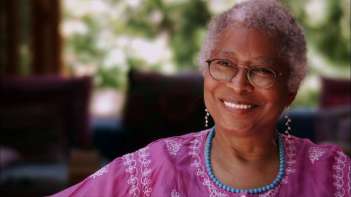 There are many honours and awards for authors and poets in the world, and certainly one of the most prestigious is the Pulitzer Prize, awarded to Americans.

Established by journalist, Joseph Pulitzer, in 1904, the prize is given out in 21 different categories each year in journalism, letters, and music, as a recognition of excellence in each.

The prizes are awarded through the deliberations of a jury, with the reasons for its decisions never disclosed. Receipt of the award ensures a wide exposure for the honouree’s work, and each of these individuals is considered a leading figure in their field.

Inevitably, there are many controversies over who is omitted, and the possible reasons for that. Nevertheless, the awards have become less conservative over its history, and thus more highly respected. That a public LGBTQ individual would receive such an award has not been considered an issue.

The LGBTQ Pulitzer Prize winning authors are generally household names, given the wide popularity of their work. Some of the more notable are Thornton Wilder, Alice Walker and Michael Cunningham. Their prize-winning works have been translated to the stage and film. The jury tends to favour authors who write about, and provide insight into, daily American life.

The LGBTQ Pulitzer Prize winning poets, on the other hand, are not as well known. W. H. Auden is perhaps the best-known, because of his romantic, social, and religious poetry. Bisexual, Edna St. Vincent Millay, was a controversial figure for the way she dressed and acted as a man, and for her leadership as a feminist activist.

← Australia: Thousands rally for gay marriage ahead of vote
‘Say Yes to The Dress’ will debut on RTÉ2 later this year →