Posted by EILE Magazine on September 8, 2017 in Culture & Arts, Reviews 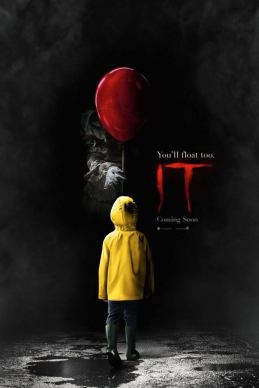 Frances Winston reviews the latest Stephen King adaptation, and finds that some of the adults in the movie are more creepy than IT

Director Muschietti had a big ask with this movie. Aside from the fact that many King adaptations fall flat of audience expectations (particularly those audience members who have read and loved the books), this had also been turned into a much-loved award-winning miniseries in 1990. Suffice to say expectations were high.

If you’re not familiar with the tale (and most people are so I won’t go into the minutiae) this basically follows a group of children, who are being terrorised by a malevolent clown called Pennywise (played here by Bill Skarsgård taking over from Tim Curry’s acclaimed 1990 incarnation). As numerous children disappear in their town, they realise that a sinister force is at work, and that they are the only ones who can stop it, even though it could possibly cost them their lives.

This is intended as a duology, with the second part focusing on the grown-up children, once again facing their childhood nemesis, and indeed the book is written in this format. So fans of the novel needn’t panic, as they will get that second all-important chapter. This version, however, simply deals with the youngsters’ tale, and Muschietti has assembled a pretty mixed-bag of young talent to take on these kick-ass roles, and Lieberher in particular is standout as Bill, the leader of the gang that call themselves The Losers. However, all eyes are on Skarsgård, who has some rather big clown shoes to fill. To say Pennywise is a pop-culture icon is an understatement. He does acquit himself well, and is extremely sinister in opening scenes. However, at times it all goes a bit panto-villain.

This isn’t necessarily his fault, as the director’s choice to channel coming-of-age buddy stories, such as Stand By Me, and The Goonies (and there are definitely shades of the more recent Stranger Things influencing this also) means that you are so involved in the emotional arc of the characters, that the bad guy almost seems like an interruption at times.

The fact is that you could remove Pennywise from this, and just have these kids playing out their various tales of tragedy and teen angst, and it would still make for quite an engaging movie. We really feel for them as they all battle their own personal demons, from abuse to overprotective parents, to guilt over a missing baby brother. As it is, these sub-plots never really get a chance to develop fully, as we are thrust back into the Pennywise storyline.

This is more cerebral than creepy, and to be honest, most of the adult characters are far more terrifying than any killer clown (none of the parents come out well in this movie). It does have some scares and spine-tingling moments, but overall, this is more of an homage to the struggles of those teenage years than a terrifying roller-coaster.

Despite that, it works, and while not quite as sinister as the trailers implied, this is still a fun romp that will ignite lots of memories of those awkward teenage years in audience members.

Strangely sweet for what is a horror adaptation, it will be interesting to see how the second part plays out.