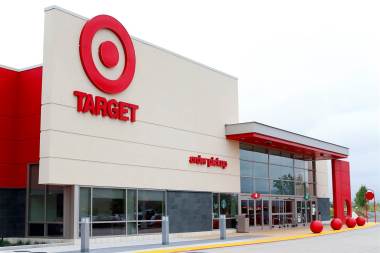 American local ‘Target’ store workers, based in Christiansburg, Montgomery County, Virginia, have been struggling to hold Target executives accountable for continuing to fund hate-based politicians, despite the executives promising to stop doing so several years ago.

The workers have started a petition entitled:

On their website, NRVstrike.org, the workers group, state that this year alone “Target has given tens of thousands of dollars to some of the most vehemently anti-LGBTQ, anti-worker politicians in the country. Based on our research Target has funded 28 of these politicians, all of whom voted at one time or another against passing the Employment Non-Discrimination Act which would give protection to LGBTQ workers against workplace discrimination”.

These politicians include Rep. Cathy Rodgers, who not only co-sponsored a state bill in Oregon to ban gay marriage, but had ties to white nationalist James Allsup,  or Sen. Roy Blunt, who voted to ban gay couples from adopting children.

“As Target workers who are, or support, LGBTQ workers, we find it unconscionable that Target executives fund hate-based politicians who actively harm us as workers and members of the LGBTQ community. These actions by Target executives are completely at odds with their self-professed values of promoting diversity and inclusivity. We demand Target executives live up to their own standards and stop enabling hate”.

The petition is posted here:

For more information, you can read their report A Tale of Two Targets at NRVstrike.org