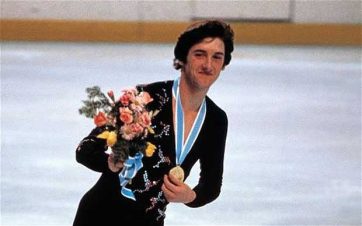 One of the most iconic of winter sports is figure skating, as evidenced by its popularity as an Olympic competitive event. There is an abundance of talented LGBTQ individuals in the sport, though the list of prominent individuals is entirely populated by gay men.

The International Gay Figure Skating Union (IGFSU) was created as an interest group for the community. It is particularly active with the organizing of the Gay Games.

It is only recently that figure skaters have declared their sexual orientation while competing – most have waited until retirement. Many skaters avoid speaking out about LGBTQ rights, though it is also considered one of the gayest sports.

These individuals are almost entirely National Champions, and the bulk have competed in World Championships and Olympic Games. A good proportion of them are indeed Olympic medalists and world champions.

Canadian Eric Radford was the first out gay man to win an Olympic gold medal, when he did so recently at the 2018 South Korea games (Britain’s John Curry won gold in 1976 before coming out publicly). Slovakia’s Ondrej Nepela was declared his country’s athlete of the twentieth century. Britain’s gay Robin Cousins is the most decorated British ice skater.

Several LGBTQ individuals are noted for their unique contributions to the sport. American Timothy Goebel was the first skater to successfully land a quadruple salchow, and to land three quadruple jumps in competition. Britain’s John Curry is credited with being the first to impart a ballet-style of artistry into the competition.

Many of these individuals have progressed in their careers to become sports commentators, to coach in their home countries, or to tour with professional skating companies.