British lawmaker comes out as HIV positive to tackle stigma 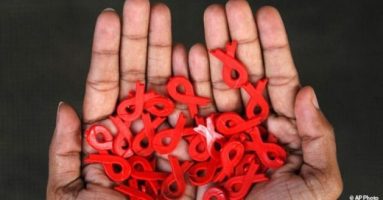 A British lawmaker came out as HIV positive in a speech to parliament yesterday, Thursday, saying he wanted to tackle the stigma and encourage others to get tested.

Lloyd Russell-Moyle, who represents the opposition Labour party, is only the second British lawmaker to reveal he is HIV positive, and the first announce it in parliament.

“Next year I will be marking an anniversary of my own – 10 years since I became HIV positive”, he told the lower house of parliament in a speech ahead of World Aids Day on Saturday.

“I wanted to be able to stand here in this place and say to those that are living with HIV that their status does not define them, that we can be whoever we want to be.

“And to those who have not been tested, maybe out of fear, I say to you it is better to live in knowledge than to die in fear”.

Russell-Moyle said he had grappled with fear and shock after his diagnosis, but his treatment had reduced the virus to an undetectable level, meaning he could live a healthy life, and any partner he had would also be protected.

He was congratulated for his “immensely courageous” speech by fellow MPs and praised by HIV charities.

“As a testament to the possibility of living well with HIV, Lloyd will have dispelled much unfounded fear”, Deborah Gold, chief executive of the National AIDS Trust, told the Thomson Reuters Foundation.

“By describing his experience of diagnosis he made a moment that many people dread feel normal, human and manageable”.

The only other British MP to have come out as HIV positive was former minister, Chris Smith, in 2005.