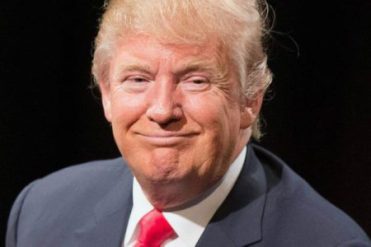 “For more than three decades, our Nation and the world have confronted the challenges posed by the human immunodeficiency virus (HIV) and acquired immunodeficiency syndrome (AIDS). Today, thanks to lifesaving medications, an HIV/AIDS diagnosis does not have to be a death sentence. On World AIDS Day, we remember the 35 million lives that have sadly been cut short by this terrible disease, and we renew our pledge to stand with those living with it until it is eliminated from our communities.

Medical advancements and procedures have transformed HIV from a disease that meant nearly certain death into a generally manageable, chronic condition. Antiretroviral drugs and therapies help control the virus so that people with HIV can experience healthy and productive lives with reduced risk of transmitting it to others. With these long sought solutions now at our disposal, we have the ability to help alleviate the pain and needless suffering of our fellow Americans living with HIV, their family and friends, and the millions of others around the world living with this disease.

Our efforts to connect those affected by this disease with high quality healthcare are dramatically improving many lives. The 2017 National HIV/AIDS Strategy (NHAS) progress report indicates a significant increase of Americans living with HIV. These people are now able to suppress the virus with medication. But we cannot rest on this progress. In recent years, opioids and other injected drugs have caused HIV outbreaks in communities rarely affected before the outbreak of the epidemic. We must continue to work to eliminate the stigma that surrounds HIV so that no one is afraid to learn their HIV status, treat their condition if HIV infected, and prevent infection if they are at risk.

My Administration remains steadfastly focused on achieving the NHAS goals for 2020. These goals are within our reach, but achieving them will require continued coordinated work with local and State governments, faith based and charitable organizations, and many others. One such critical component of our domestic public health response is the Ryan White HIV/AIDS Program. Working with cities, counties, States, and local community-based programs, this program provides a comprehensive system of HIV care, lifesaving medications, and essential support services to more than half a million low income people in the United States each year.

We also remain committed to collaborating with both national and international stakeholders through the U.S. President’s Emergency Plan for AIDS Relief (PEPFAR). For 15 years, PEPFAR has devoted American resources to critical HIV prevention, treatment, and care to some of the world’s most vulnerable populations, helping to save more than 17 million lives. PEPFAR has continued to support a rapid acceleration of HIV prevention by using data to increase program performance, mobilize domestic resources, and support local partners for sustainable implementation. Through this program, we are supporting lifesaving HIV treatment for more than 14 million people and have enabled more than 2 million babies of HIV infected mothers to be born HIV-free.

With American leadership, the HIV/AIDS pandemic has shifted from crisis toward control. Hope and life are prospering where death and despair once prevailed. A generation that could have been lost is instead thriving and building a brighter future. For the first time in modern history, we have the ability to sustainably control an epidemic, despite the absence of a vaccine or cure, and create a future of flourishing, stable communities in the United States and around the globe.

NOW, THEREFORE, I, DONALD J. TRUMP, President of the United States of America, by virtue of the authority vested in me by the Constitution and laws of the United States, do hereby proclaim December 1, 2018, as World AIDS Day. I urge the Governors of the States and the Commonwealth of Puerto Rico, officials of the other territories subject to the jurisdiction of the United States, and American people to join me in appropriate activities to remember those who have lost their lives to AIDS and to provide support and compassion to those living with HIV.

IN WITNESS WHEREOF, I have hereunto set my hand this
thirtieth day of November, in the year of our Lord two thousand eighteen, and of the Independence of the United States of America the two hundred and forty-third.