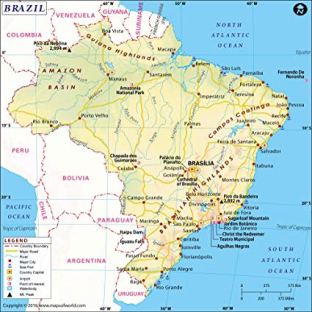 Brazil’s supreme court is expected to rule Wednesday on a pair of cases that could determine whether homophobia and transphobia should be considered criminal offences. The cases, brought by Brazilian rights group, ABGLT, and the Popular Socialist Party, ask the Supreme Federal Tribunal (STF) to acknowledge the “unconstitutional delay” of Brazil’s Congress in criminalizing violence against LGBT+ people.

The joint legal actions also call on the court to set a deadline for lawmakers to pass legislation that would specifically criminalize discrimination or violence, on the basis of sexual orientation or gender identity.

A draft law criminalizing homophobic actions was first presented to Brazil’s Congress in 2001, but despite having wide popular support, the bill was never approved by the country’s Senate.

The supreme court judges are also set to decide whether attacks against gay and trans people should be considered a form of racism, and therefore automatically punishable in accordance with the Brazilian constitution.

If the court says no to that, it has been asked by the plaintiffs to create temporary laws which would make homophobia and transphobia a crime until such measures are passed in Congress.

Symmy Larrat, president of ABGLT, told the Thomson Reuters Foundation that her organization brought the case before the court not just to fight rising violence, but also to restore the LGBT community’s faith in the country’s justice system.

“We decided to file this case because of the countless attacks that the community is suffering”, she said.

“LGBT people don’t believe that they’ll see any kind of response from the state because so many people don’t regard these crimes as real human rights violations”.

Brazil has long battled homophobia, and is one of the world’s most dangerous countries to be LGBT: according to watchdog group, Grupo Gay da Bahia, there were 320 gay or trans people murdered in Brazil last year.

Recognizing homophobic and transphobic actions as crimes would force the government to provide statistics on anti-LGBT+ violence, a task that currently falls to local rights groups, said David Miranda, one of Brazil’s only openly gay congressmen.

“This is going to be a landmark for us, because we’re going to be able to see the real numbers of violence that the LGBT community is getting in Brazil”, Miranda said.

“Right now it’s only the NGOs doing that, but we don’t have real data”.

With the election of Jair Bolsonaro as president, a man who once described himself as a “proud” homophobe, and who has already removed LGBT concerns from consideration by the new human rights ministry, campaigners say the case is crucial.

“If we didn’t have a lot of confidence in the system before, imagine how we’re feeling now with people that were elected saying we’re aberrations, that we shouldn’t have access to rights”, Larrat said.

← US: LGBT+ teens, rejected by families, struggling in foster care – research
India: Small firms opt out as India Inc races to be LGBT-friendly →