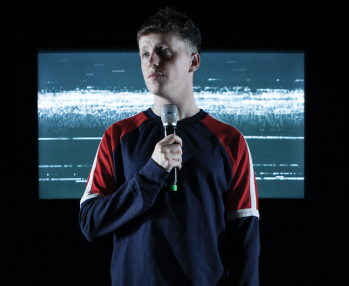 At The Everyman, MacCurtain Street, Cork

Exploring instances of disclosure and the presence of stigma in the lives of men and women who are HIV+ in Ireland today, ‘Rapids’ by Shaun Dunne and Talking Shop Ensemble, is a new work that looks to playfully and respectfully make the private public.

Through the making of Rapids, the company have collaborated with several groups from the HIV+ community, from young men in rural Ireland to migrant women seeking asylum. This form-flipping piece of documentary theatre will take you through the myriad of perspectives and experiences that compound what it means to live positive in this country.

In addition, the show engages audiences interested in experimental or contemporary theatre that is innovative and creative in its approach to storytelling. It is a piece of documentary theatre, but also a highly entertaining story told by charming and skilled actors.

“A lot of people here are afraid to speak about their HIV status. Many people refuse to even say the words. For two years, we have met with men and women of all ages, across all spectrums and we asked them to open up about something they seldom open up about. We promised that we would never betray their confidence and that we would make sure they were safe. When they started talking, they wouldn’t stop”.

Produced in association with Project Arts Centre, and funded through an Arts Council Touring Grant. This project is supported by HIV Ireland, ACT UP Dublin and Mermaid Arts Centre.