UK: Hundreds protest outside The Dorchester over Brunei’s anti-gay laws 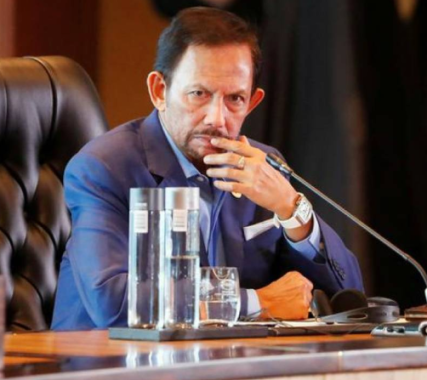 (Reuters) – Hundreds of people rallied outside the Brunei-owned Dorchester hotel in London on Saturday, in protest at new anti-gay laws in Brunei, that punish homosexuality, adultery and rape with the death penalty.

Brunei’s state-owned investment agency BIA owns the Dorchester Collection hotel group, which features luxury venues such as the Dorchester, the Beverly Hills Hotel and the Plaza Athenée in Paris.

The laws, elements of which were first adopted in 2014, have been rolled out in phases since then, including this week, stirring international outrage.

On Saturday, protesters gathered outside the Dorchester carrying banners, with some breaking through a barrier to reach the entrance, where they held rainbow flags and chanted slogans such as “shame on you” and “gay rights, human rights”, television footage showed.

Brunei, a Muslim-majority former British protectorate with a population of 400,000, has defended its right to implement sharia that punishes sodomy, adultery and rape with the death penalty — including by stoning, and theft with amputation.

Human rights campaigner Peter Tatchell said death by stoning “has no place in the 21st century”.

“Stoning to death is a particularly unique, cruel, brutal punishment designed to prolong the agony of the person being killed”, he told Reuters.

The Dorchester hotel did not immediately respond to an emailed request from Reuters for comment on Saturday.

The United Nations said on Wednesday Brunei was violating human rights by implementing its sharia measures.

-Jayson Mansaray and Will Russell