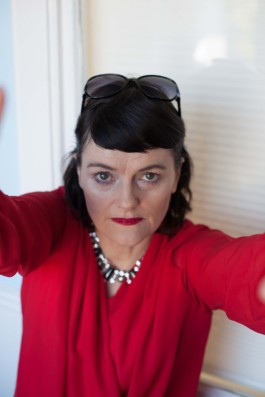 After the success of Violet Gibson, The Woman Who Shot Mussolini, and Fruitcake in 2017, The Everyman are excited to welcome back Cork’s own Alice Barry, with her new one-woman show: Liv.

Site specific, this arresting human story will take place in The Everyman Bar for two nights. Mistaken identity leads Liv to engage with the audience, and reveal a moving account of her search for love and viability.

Liv has had a terrible tragedy in her life, and for many years she has lived a self-inflicted lonely existence to battle her guilt and grief. Older and wiser now, she is ready to step back into life.

She is determined to forgive and move on. This modern tale of love, marriage, death, dating, and daring to try again, will take you on a rollercoaster ride of emotions, as Liv recalls the comedic drama of internet dating, and the heartache of a marriage torn in two.

Will Liv’s courage falter when she needs to make the ultimate sacrifice necessary for her redemption?

Seating is limited to 50 for this unique theatrical experience.