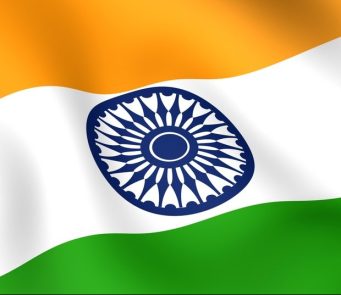 The school bullies started by teasing six-year-old Shemba for walking in a feminine way, and graduated to stone-throwing, when the transgender girl – initially raised as a boy – started wearing girls’ uniform, aged 10.

So Shemba dropped out of school altogether, and abandoned her dream of becoming a lawyer, with begging or sex work now a more likely future.

“They left me with no choice,” Shemba, 15, told the Thomson Reuters Foundation, sitting cross-legged in her two-room home in India’s southern city of Chennai.

“I think what I was doing, or my mannerisms, were normal. But my classmates didn’t. First I did not understand what made me stand out. Later I realised, and when they started throwing stones at me, I decided to stop going to school”.

Shemba, who goes by just one name, is not alone.

In a survey of almost 400 LGBT+ youth in Tamil Nadu, by the United Nations’ cultural agency, UNESCO, more than half skipped classes to avoid bullying, while a third dropped out of school altogether.

Abuse included threats of rape, groping, hitting and kicking, being locked in a room, having their belongings stolen, and having nasty rumours spread about them.

“The extent of the problem came as a surprise, even though we knew that bullying happened”, said Jaya Gunaseelan, a trans woman and member of LGBT+ rights charity, Sahodaran, which supported UNESCO with the research.

“Even I was bullied in school, but the testimonies of some of the respondents shocked me. They described gangs of bullies, physical abuse and everyday name calling. Some were even hiding visible marks of violence, scared of being shamed.”

The Tamil Nadu state education department said it already has a general hotline for students which offers counselling, while it plans to strengthen its anti-bullying policy to include sexual and gender diversity.

“We have measures in place like a 24-7 helpline and periodically conduct gender sensitisation workshops for our teachers and counsellors,” said Pradeep Yadav, head of the school education department.

Despite a landmark 2018 court ruling that decriminalised gay sex, India’s LGBT+ community are often rejected by their families and denied jobs and driven into sex work or begging.

“Bullying in schools will take longer to resolve than changing a law,” said Venkatesan Chakrapani, chairman of the Centre for Sexuality and Health Research and Policy.

Another transgender student, Pragya said she dropped out of school aged 15, three months before her final exam, and now does odd jobs or begs for a living.

“I was a good student and the school tried to convince me to finish my schooling,” the 21-year-old said.

“But boys were slapping my buttocks, poking me, feeling me up almost every day. It was depressing and I gave up.”

Children often learn how to bully from adults, who target any student who does not look typically male or female, said Gunaseelan, whose charity works with the state education department to sensitise school staff.

“Rigid definitions of masculinity and femininity are reinforced in school settings by teachers, parents, the watchman and other adults,” she said.

“Children pick it up and turn bullies.”

Shemba did not receive any support from school authorities, who UNESCO found often advise victims simply to ignore bullies or to change their mannerisms to avoid being targeted.

“I knew that complaining would not put an end to it as a few teachers had also pulled me up for the way I walked or for behaving like a girl,” she said.

“At home, I would sometimes tell my mother, but she didn’t know what to do either.”

Unsure how to help her daughter and facing stigma from neighbours, Shemba’s mother arranged for her to move in with Chennila, a transgender woman living nearby, who is trying to get Shemba enrolled in a distant learning programme.

“I beg for a living and that is because I couldn’t put up with the bullying in college,” Chennila said.

“I was a decent student and survived school because I had a best friend who looked out for me. But in college, I was made to strip, physically assaulted and had to quit. But Shemba needs to study or she will also have to beg.”

Shemba stays home all day, uncertain and unsure of what the future will be like.

“I cannot become a lawyer now”, she said softly.

“But maybe a beautician after doing a short course. I don’t know what is possible, but I hope something is”.