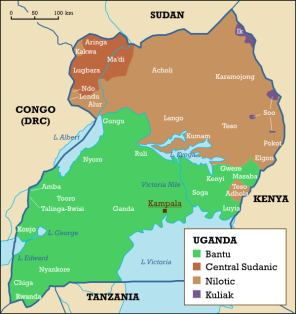 Uganda has sought to reassure sexual minorities that they are safe, saying it has no plans to introduce the death penalty for gay sex after reports of rising homophobic attacks.

In a statement on Thursday, President Yoweri Museveni’s office denied that, and said attacks on LGBT+ people should be reported to police for investigation so that perpetrators could be “brought to book”.

LGBT+ rights campaigners in Uganda have expressed concerns about a spate of attacks, after a minister said earlier this month that the government planned to reintroduce a bill colloquially known as ‘Kill the Gays’.

“(The) government of Uganda does not have any plans of reintroducing the anti-homosexuality bill on the floor of parliament,” said the statement signed by Esther Mboya, minister in charge of the presidency.

“On allegations that members of minority communities have been murdered, I would like to assert that protection of human life is enshrined in the constitution,” said the statement, seen by the Thomson Reuters Foundation on Friday.

Gay sex carries a possible life sentence in Uganda, one of the most difficult countries in Africa to be a sexual minority, where there is increasing confrontation over sexual freedom.

Members of the LGBT+ community say they risk physical attacks in their daily life, and routinely encounter harassment, as well as facing prejudice over work, housing and health care.

Campaigners have reported a spate of attacks this year, including four murders. The latest was on October 4, when a gay rights activist was bludgeoned to death.

Last weekend a gay Rwandan refugee was beaten outside his office in Kampala, and a lesbian woman physically assaulted by her doctor, say activists.

Police said they had not registered any cases of assaults specifically targeting sexual minorities.

Uganda’s minister of health said on Friday that she was aware of some of the attacks on the LGBT+ community, and appealed to health care providers not to discriminate against them.

LGBT+ activists welcomed the statements, but said more action was needed to ensure sexual minorities could live free from fear.

“We would also urge the government to enact legislation against hate crimes and publicly condemn hate speech such as what is being said by some politicians which fuels homophobia,” said Frank Mugisha, head of Sexual Minorities Uganda.

Charges against the 16 activists were a “sham” and should be dropped, he added.

Uganda’s Ethics and Integrity Minister, Simon Lokodo, said on October 10 that the government planned to re-introduce an anti-homosexuality bill in parliament within weeks, to curb the spread of homosexuality.

Lokodo’s statement was widely reported, and international donors to Uganda said they were monitoring the situation closely, and stood by the rights of LGBT+ people.

A spokesperson for President Museveni later denied the plan, saying Uganda’s current penal law – which provides for up to life imprisonment for gay sex – was sufficient.