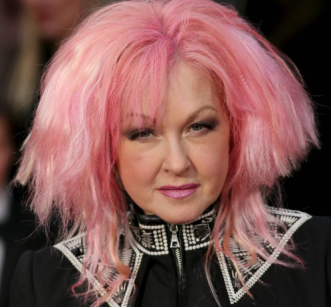 US singer Cyndi Lauper at the Olivier Awards at the Royal Opera House in London, April 3, 2016 – Image: REUTERS/Neil Hall

US singer, Cyndi Lauper, who is set to win the United Nations’ new social justice award, said on Wednesday that her drive to end LGBT+ homelessness began in support of family and friends.

“Being an ally came naturally to me. LGBT rights are human rights. It wasn’t in me to stand idly by while my friends and family were being mistreated,” Lauper, told the Thomson Reuters Foundation, describing youth homelessness as an “epidemic”.

“It means a great deal to receive this award because it will help to raise awareness of this issue. It is a fixable problem if we all come together to help these kids.”

True Colors United estimates up to four out of 10 of the 4.2 million homeless young people in the United States are LGBT+, and works to ensure that services for them are safe and welcoming.

Three-quarters of homeless LGBT+ youth surveyed by True Colors United said they had been in child welfare. These young people are often mistreated in foster care, which can lead to homelessness and sexual exploitation, the charity said.

Lauper will be given the UN award at her charity’s annual concert, by Grammy-nominated singer Kesha. Billy Porter, star of Pose, and first openly gay black man to win an Emmy, and singer-songwriter, King Princess, will also perform at the event.

“For decades she has promoted human rights, been a voice and active participant for change, and inspired people around the world to be tolerant and true to themselves,” said David Clark, creator of the High Note Global Initiative.