US: NYC to add gender-neutral ‘X’ to death certificates 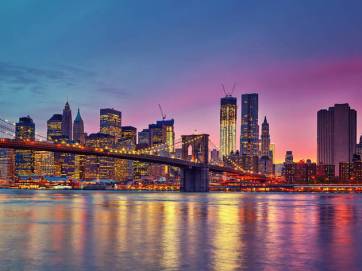 New York City will start offering a gender-neutral option on death certificates, officials said on Tuesday, as part of a growing movement away from strictly male or female designations.

As of next year, the city’s Health Department will include an ‘X’ option for residents who do not identify themselves as male or female.

A growing number of US jurisdictions have allowed people to select a gender neutral or non-binary option on birth certificates, drivers’ licences, and identification cards.

“I think that people want to be remembered as who they are rather than some type of marker that society had decided to give them earlier in their life,” he told the Thomson Reuters Foundation.

A non-binary ‘X’ designation on birth certificates – meaning someone does not identify as male or female – has been permitted in New York City since 2018.

So far this year, 362 people have asked to change the gender designation on their birth certificates, according to the city Health Department.

“What might appear like a small change to some is in fact everything to many,” said City Councilman Carlos Menchaca in a statement.

“In death as in life, we want dignity and respect.”