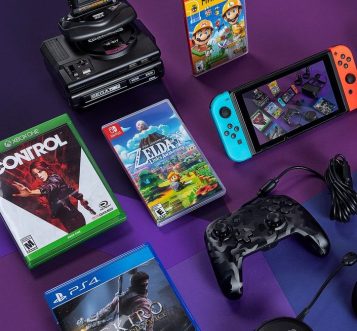 When Tyler Ronan, and his twin sister, Alyson, ask video gamers to unravel their family’s mysterious past in small town Alaska next year, the siblings will take followers on a untrodden journey.

For he is the first playable trans hero of a major video game, Tell Me Why, which will be released next Summer by Dontnod Entertainment, the French studio behind the blockbuster, Life Is Strange.

The game has been hailed as a milestone for LGBT+ representation by players and campaigners, and led to debate over whether an industry, often criticised for sexism and homophobia, is opening up to greater diversity.

“Tyler is a fully-realized, endearing character, whose story is not reduced to simplistic trans tropes,” said Nick Adams, a spokesman for the LGBT+ advocacy group GLAAD.

“Creating a playable lead trans character – and taking such care to get it right – raises the bar for future LGBTQ inclusion in gaming.”

The video game market dwarfs Hollywood, with an annual value of about $150 billion, according to data firm, Newzoo, which said there are now more than 2.5 billion gamers worldwide.

Fewer than 10 games a year from the 1980s up to 2004 featured any LGBT+ characters, according to a database compiled by non-profit, Queerly Represent Me.

Gamers may remember Birdo in Super Mario Bros. 2, who was described as a character who “thinks he is a girl”, and The Sims, which allowed players to initiate same-sex relationships.

The last decade has seen a sharp increase in games with LGBT+ representation, data shows, although with thousands of releases each year, they remain a small minority, while an estimated 4.5% of the US population identifies as LGBT+.

A 2015 study by data firm, Nielsen, found about two thirds of LGBT+ players said games did not represent all sexualities .

Matt Hardwick, co-founder of the London Gaymers group of LGBT+ gaming fans in Britain, said when games did feature gay, bisexual, or trans characters, they were shown as stereotypes, villains, the butt of jokes, or killed off early in play.

“There are plenty of LGBT+ players that feel under-represented, and want a story that matches with their experience,” said Hardwick.

“If the only characters available are straight, white people … that is a very limited form of representation.”

As awareness and acceptance of gay, bi and trans people has grown, other milestone characters have appeared in major games.

These include lesbian lead character, Tracer, in the popular Overwatch shooter game, while the upcoming action adventure game, The Last of Us Part II, caused a stir among fans, by featuring a same-sex kiss in its trailer last year.

However, much of the recent boom in inclusive games has been led by smaller independent game makers.

While welcoming slowly increased representation in games, she said some studios lacked diverse staff, which meant they were writing characters without firsthand knowledge.

“That leads to a lot of really iffy issues … just people who don’t know what they are talking about and who think that they do because they know someone who is trans or gay.”

Players and gaming experts said LGBT+ representation was still a work in progress.

But amid a growing focus on diversity within games, many predicted the number of LGBT characters would grow.

“I think people have realised over the last few years that video games are not just for the straight white teenage boy in his bedroom – video games are something that should be for everyone and generally do appeal to everyone,” said Hardwick.

“The audiences are just as diverse as any video games characters could ever be.”