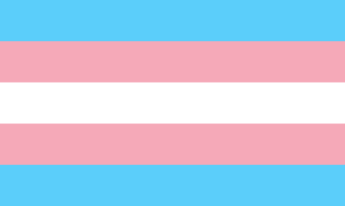 Dozens of Democrats in the US Congress on Tuesday asked government immigration authorities to release all transgender migrants held in federal detention, saying they are particularly at risk of being attacked or harmed.

Transgender migrants are vulnerable to sexual harassment, physical assault and medical neglect and often are put in solitary confinement, the 44 lawmakers said in a letter to the heads of the Department of Homeland Security (DHS) and the Immigration and Customs Enforcement (ICE) agency.

As of early January, more than 41,000 migrants were being detained by US authorities, under the Trump administration’s high-profile effort to curtail the large number of families arriving from Central America.

There are no reliable estimates on how many transgender migrants are among them.

“The United States is bound by domestic and international law to protect – not punish – vulnerable populations escaping from persecution,” the letter said.

“Transgender individuals face persecution that ranges from physical and sexual violence to other forms of mistreatment based on their gender identity and expression,” it said. “This already vulnerable population faces a heightened and unique set of injustices while in immigration detention.”

LGBT+ people in ICE custody are nearly 100 times more likely to be sexually assaulted than are other people in detention, according to the Center for American Progress, a public policy research group cited by the lawmakers.

“For the trans community, this is life and death,” Rep. Mike Quigley of Illinois, who is leading the effort to release trans migrants, told the Thomson Reuters Foundation. “They are extraordinarily vulnerable.”

Transgender migrants also spend an average of 99 days in ICE custody, more than double the length of other migrants’ average detention, the centre’s research found.

“The choice for this population is to live in solitary confinement or having them live with the general population, in which they’re at risk for harassment, assault, you name it,” he said.

Last year, 14 human-rights groups including Las Americas wrote a similar letter seeking the release of LGBT+ migrants and any detainees with HIV.

Another letter written last year in an effort led by Sen. Elizabeth Warren – one of a dozen contenders seeking the Democratic Party’s presidential nomination – also sought the release of transgender migrants and asylum seekers.

In Tuesday’s letter, lawmakers wrote that ICE was violating its own guidelines, laid out in a 2015 department memo.

The ICE guidelines call for protective custody units for transgender detainees, and for medical staff that has been appropriately trained.

The group demanded the agencies respond with a detailed plan for compliance by January 27.

Representatives of ICE and DHS did not immediately reply to requests for comment.