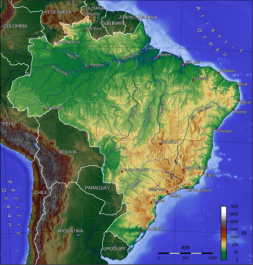 (Reuters) – The untimely death of Kobe Bryant has led to a campaign against homophobia in Brazilian football.

Bryant wore the no. 24 shirt for the Los Angeles Lakers basketball team, and his death in a helicopter crash on Sunday has hastened a debate over a shirt number that is often eschewed by Brazilian footballers because of anti-gay prejudice.

The number 24 represents the deer in an illegal but popular Brazilian numbers game. The deer has long been associated in Brazil with homosexuality, and many teams and players prefer not to use the 24 shirt to avoid abuse or innuendo.

Now the Bahia club and football magazine, Corner, have started campaigns to end the stigma.

Corner began their campaign with the hashtag #PedeA24, or Ask for 24, with pictures of different club shirts bearing the number.

The campaign was backed by several of Brazil’s best-known journalists, who shared the pictures and the hashtag.

First division side, Bahia, said its players will wear the number 24, shirt to send a message there is no shame, and it encouraged other clubs to do the same.

“Football can be a channel to accentuate the worst of our society, such as racism, aggression, violence and intolerance, but it can also be used in different ways, for culture, affection, sensibility and to improve human relations,” Bahia’s president Guilherme Bellintani said.

“We think that clubs have to choose whether they will be channels for love or for hate. We choose love.”