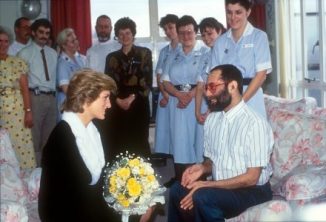 London’s only HIV hospital, made famous by Princess Diana, could close by the end of this month due to a lack of funding, according to the charity running the facility.

The Mildmay Hospital, which opened in east London in 1988, described itself as Europe’s only facility dedicated to providing healthcare services to HIV patients. The 26-bed hospital is run by the charity, Mildmay, which also works with people with HIV in east Africa.

Mildmay’s Chief Executive, Geoff Coleman, said Britain’s state-run National Health Service – which funds 80% of Mildmay’s services – had stopped referring patients to the hospital, as a cost-cutting measure, and there are currently only 10 patients.

“If the patients don’t come to us then they sit longer in the big acute hospitals in one of their wards and they’re more expensive than us,” Coleman told the Thomson Reuters Foundation.

He said if the hospital closed, patients would have to seek services from other health facilities already overburdened, and not specialised in HIV care.

Mildmay Hospital hit headlines in 1989, when Princess Diana visited and shook a patient’s hand, in a bid to combat the stigma surrounding the virus. Her son, Prince Harry, opened Mildmay’s new building in 2015.

Coleman said a petition to stop the closure of the hospital, which costs about five million pounds a year to run, has received about 41,000 signatures so far, supported by the hospital’s patron, singer Cliff Richard.

“We have to honour not only all those people who we lost during the worst days of the epidemic but also the valiant efforts of carers and medical staff who looked after those patients,” he said.

About 37.9 million people across world were living with HIV/AIDs in 2018, according to United Nations data, including more than 100,000 in Britain, according to National Aids Trust.