US: Books with LGBT+ themes are ‘most challenged’ 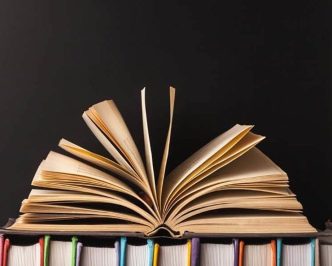 Books with gay and transgender topics got a record number of objections at US libraries and schools in 2019, said research on Monday, showing growing protests over LGBT+ themed literature.

Eight of the top 10 “most challenged” books, that parents and community members sought to be removed from shelves, dealt with LGBT+ topics, said the American Library Association (ALA), a US non-profit group.

The most recent list showed more objections than ever to gay- and trans-themed books, said the ALA, which releases an annual list.

Since 2016, at least half of the most challenged books have been LGBT+ related, it said.

“We’re seeing a pushback against diversity and an effort to silence the voices of LGBT people, and, in a very real sense, trying to push these voices back into the closet,” said Deborah Stone, head of the ALA’s office for intellectual freedom.

“There’s an effort to frame any LGBT materials as inherently unsuitable for minors if even those materials are age appropriate.”

At the top of the list were Alex Gino’s “George” about a young trans girl and Susan Kuklin’s “Beyond Magenta: Transgender Teens Speak Out,” it said.

Objections were based on religious views and opinions about traditional family structure, the ALA said. Both books have been on prior years’ lists.

The book by Oliver, a comic television presenter, went viral on social media with its depiction of a same-sex romance, involving the Pence family’s pet rabbit.

Sarah Ellis, head of the US-based LGBT+ advocacy group GLAAD, said she was not surprised at the rise in objections.

“There has been an alarming and well-documented rise in anti-LGBTQ rhetoric, policies and violence over the past few years,” she told the Thomson Reuters Foundation.

“Inclusive books give LGBTQ families and their children stories to relate to and inspire kindness and acceptance in others,” she said.

“There’s nothing to challenge about that.”

Other notable books on the list included J.K Rowling’s “Harry Potter” series, long criticised by religious groups for promoting sorcery, and Margaret Atwood’s “The Handmaid’s Tale” for its “vulgarity and sexual overtones,” the ALA said.

The list was part of the ALA’s annual State of America’s Libraries report, a summary of library trends released during National Library Week, which started on Sunday.

Books on previous lists include Maya Angelou’s “I Know Why the Caged Bird Sings,” John Steinbeck’s “Of Mice and Men” and Harper Lee’s “To Kill a Mockingbird.”

← One World: Together At Home Special to Celebrate COVID-19 Workers
IKEA and Microsoft urge Germany to relax gay blood ban →