Ukraine and Albania urged to protect LGBT+ people from discrimination 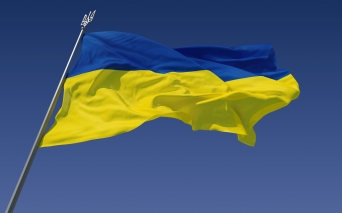 Ukraine should reform its laws to combat homophobic hate crimes and Albania should give more rights to same-sex couples and trans people, a top European rights body said on Wednesday, amid a backlash against LGBT+ rights in Eastern Europe.

The European Commission against Racism and Intolerance (ECRI), part of the Council of Europe, renewed a call it made in 2017 for Ukraine to outlaw discrimination on the grounds of sexual orientation and gender identity.

“Unless you insert it in criminal code, police will not look for that as a motive for hatred or discrimination,” Maria Daniella Marouda, chairwoman of the ECRI told the Thomson Reuters Foundation by phone.

Ukraine’s Permanent Mission to the Council of Europe did not immediately respond to a request for comment on the latest human rights report by the ECRI, which it issues regularly to monitor progress among its 47 member states.

Discrimination against LGBT+ people in the workplace was outlawed in 2015 and Ukraine has increased support for the community in recent years in a bid to move closer to the European Union, but advocates say homophobia remains widespread.

In April, an LGBT+ group sued one of Ukraine’s most prominent religious figures after he blamed the coronavirus on same-sex marriage, which is not legal in the ex-Soviet nation.

Homophobic and transphobic rhetoric and other anti-LGBT+ hate crimes are rising across Europe, fuelled by divisive politics and socially conservative groups, according to the LGBT+ advocacy group ILGA-Europe.

Growing recognition of same-sex partnerships and parental rights has sparked a backlash by nationalist and religious leaders who reject homosexuality, LGBT+ activists say.

“It can be a backlash in rhetoric, in hate speech, in hate crimes, in violence against LGBTI issues,” said Marouda, a Greek academic. “This is happening all over Europe.”

The ECRI also urged Albania to recognise same-sex partnerships and let trans people legally change their gender on official documents so that it matches their appearance, to protect them from harassment.

Several senior Albanian officials did not immediately respond to requests for comment.

Same-sex marriage is not legal in the socially-conservative Balkan country.

Albania is unlikely to listen to the ECRI, having rejected similar recommendations made by the United Nations in 2019, said Xheni Kharaj, one of Albania’s most prominent LGBT+ activists.

“LGBTI couples are not recognised as couples, transgender people due to the lack of law cannot start transition,” said Kharaj, head of the Alliance Against Discrimination of LGBT.

“We don’t have even doctors here who are prepared to help them transition.”