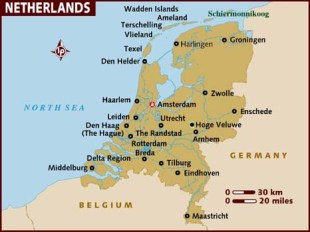 In the Netherlands, 15 organisations and individuals offer so-called ‘conversion therapy’, aiming to make gay people straight, the health ministry said, as it mulls a ban on the discredited practice, which can cause severe mental health problems.

The treatments sometime take place in holiday camps and workshops, the ministry said in a study commissioned after several lawmakers called for conversion therapy to be outlawed, as it was putting vulnerable youngsters at risk.

“Within a religious context, there are various initiatives, agencies and individuals which have emerged in this research that – in neutral terms – attempt to help people with a non-heterosexual orientation,” it said.

“There are fifteen organisations or individuals who may also organise peripheral activities (e.g. holiday camps, seminars and workshops) in which a non-heterosexual orientation is regarded as problematic and attempts are made to ‘remedy’ this.”

A top United Nations expert this month called for a global ban on conversion therapy, which can range from counselling and ‘praying away the gay’, to electric shocks and sexual violence, describing it as cruel, inhumane and degrading.

A growing number of countries – including the United States, Canada, Chile, and Mexico – are reviewing their laws. Brazil, Ecuador, and Malta have nationwide bans on conversion therapy, while Germany outlawed the treatment for minors last month.

The Dutch health ministry said it will publish a second study in the next few months, recommending what action to take.

“These practices have harmful consequences for victims and for this reason it is bad that they are being carried out,” a health ministry spokesman told the Thomson Reuters Foundation.

The study included an online questionnaire, which 239 LGBT+ people responded to. About 30% said they had experienced conversion therapy.

“(These individuals) are most likely the tip of the iceberg,” the study said, adding that more than half of respondents said their therapies had lasted more than one year.

“It is now up to politicians to immediately ban these practices,” the Dutch LGBT+ rights group, COC Netherlands, said in a statement.