‘Work to do’ as coronavirus hits LGBT+ Jamaicans hard 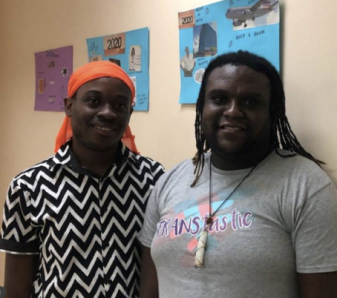 Paris Lewinsky has been taking hormones for almost a year, and is starting to grow breasts. But the transgender Jamaican’s long-held dream of physically transitioning is now under threat, because she cannot afford the drugs she needs.

Before the coronavirus hit, Lewinsky, 27, made enough money through sex work, food preparation and working as a make-up artist, to support herself and fund her transition. But the pandemic has hit all those income streams.

“When I normally have my money, I’m taking my hormones,” said Lewinsky, who made about 59,000 Jamaican dollars ($425) a month before the pandemic, when her health insurance paid for the drugs.

“But because I stop work, my health card (insurance) stop … Right now, I’m currently looking (to get) back a job so I can maintain myself.”

Campaigners for LGBT+ rights say the community has been particularly badly hit by coronavirus restrictions in Jamaica, where they already suffer widespread discrimination.

[Homosexuality] is a criminal offence, although the law has not been enforced in recent years, and discrimination against people on the basis of sexual orientation is legal.

An online survey of 213 LGBT+ people, carried out in April by Kingston-based advocacy group J-Flag, found almost one in four had lost their jobs as a result of the pandemic, and 29% were unable to pay rent and other bills.

Half of all respondents said they had applied to a special government assistance program set up in the wake of the virus.

In response, J-Flag and three other advocacy groups launched the Equality Group, which creates care packages, including flour, rice, canned goods, and toiletries, for those most in need in the community, Lewinsky included.

“It started with persons reaching out saying they were in process of being kicked out, or they had no food to eat,” said Renae Green, associate director of Transwave Jamaica, a charity that works on the health and welfare of transgender people.

Many of them now have no income, and are relying on the kindness of friends, family or other assistance, said Green.

‘MUCH WORK TO DO’

Among those affected is 32-year-old health worker, Mark, who asked not to be identified, for fear of losing his job helping other LGBT+ people get tested for sexually transmitted diseases.

He estimates his income has fallen by 50% during the pandemic, as people are reluctant to come forward for testing for fear of falling ill, forcing him to turn to food banks.

“It becomes very, very challenging, because if you don’t reach anybody to get tested, you won’t get paid,” he said.

“I’m very uncomfortable and thinking a lot, as in I don’t even know what’s next, or who to turn to next.”

Jamaica has recorded fewer than 1,000 coronavirus cases and only a handful of deaths. But lockdown measures shut down tourism, which accounts for 23% of annual GDP, and the economy has been hit hard.

The Bank of Jamaica forecasts that unemployment will rise from 7% to 12%, and the economy is expected to contract by up to 7% for the current fiscal year.

Mx Williams, media and communications advisor for Transwave, said the government had largely responded well, but many in the LGBT+ community had fallen through the cracks.

“The virus is exposing that there is still much work to do,” said Williams. “There are still a lot of homeless people on the street, a lot of trans women who are still in sex work trying to make ends meet.”

Sex workers, who were marginalised even before the pandemic, have been significantly impacted, said Jaevion Nelson, executive director of J-Flag.

“One has to recognize that some LGBT people are vulnerable and greater care might have to be given,” he said.

“As a country we have to do so much more to take care of needs of people who are economically and socially vulnerable.”