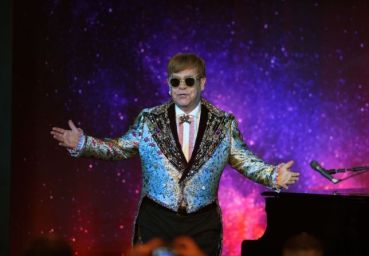 Legendary gay singer Elton John, who has sold 300 million records and raised almost half a billion dollars in the fight against HIV/AIDS, marked a new milestone on Monday: His own commemorative coin issued by Britain’s Royal Mint.

The coin is the second in the Royal Mint’s Music Legend series celebrating British bands and singers.

John, 73, who was knighted for services to music and charity in 1998, features on a series of coins of different values depicting his iconic glasses and straw boater in a design by artist, Bradley Morgan Johnson.

“It really is a fabulous honour to be recognised in this way,” John, whose first number one in the United States was ‘Crocodile Rock’ in 1973, said in a statement on Monday.

“The last few years have contained some of the most memorable moments of my career, and this is another truly humbling milestone on my journey.”

The Elton John AIDS Foundation has donated some $450 million to projects since it was founded in 1992, foundation officials said.

“Elton is without a doubt a British music legend and is recognised as one of the most successful singer-songwriters of his generation,” said Clare Maclennan, divisional director of commemorative coin and The Royal Mint Experience.

The Mint’s first coin in the music series, issued in January, was in honour of the band, Queen, led by another gay musician, Freddie Mercury, who died of an AIDS-related illness in 1991.