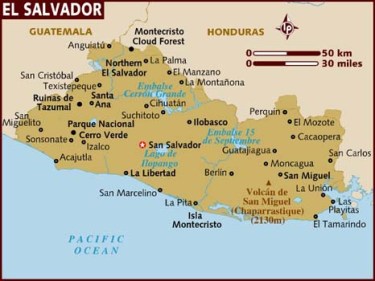 A court in El Salvador has sentenced three police officers to 20-year prison sentences, for the murder of a transgender woman, the nation’s first convictions in a homicide case involving a trans victim.

The verdict was a welcome development in the conservative Central American country, where gay and trans people face rampant discrimination and abuse, rights supporters said.

A sentencing tribunal in the capital of San Salvador convicted the three officers of aggravated homicide this week for the killing of trans woman, Camila Diaz, in January 2019, according to the attorney general’s office.

About 600 LGBT+ people have been murdered in El Salvador since 1993, according to advocacy group COMCAVIS Trans.

But only 12 out of 109 LGBT+ murders, between December 2014 and March 2017, went to trial, according to government data, and none ended in conviction.

“It sends a strong signal that anti-trans and more generally anti-LGBT violence is not going to be tolerated in the country,” he told the Thomson Reuters Foundation.

For gay and trans people in El Salvador, local gang violence and entrenched social prejudices can be a deadly mix. Also, gay marriage is not legal, and trans people cannot change their gender on official documents.

Diaz, a 29-year-old sex worker, had fled El Salvador for the United States following repeated threats on her life from a gang, but was deported two years ago after failing to prove her life was at risk.

The three officers had offered to give Diaz a ride home after she had been accused of creating a public nuisance.

According to the attorney general’s office, prosecutors showed that Diaz had been handcuffed face-down in their patrol car.

She was severely beaten and thrown out onto a highway, according to prosecutors.

She was found on the side of a road and died three days later in a hospital.

Advocates said they were disappointed nevertheless that the case had not been classified as a hate-crime, which would have entailed harsher sentences.

A 2015 law allows for cases to be classified as hate-crimes, based upon gender identity, but it was not applied in the Diaz case.

“It leaves a bad taste in our mouths that the prosecutor’s office wasn’t able to build the case as a hate-crime,” said Roberto Zapata, secretary general of advocacy group AMATE El Salvador.

“If the state had recognized the homicide as such, it would have sent a much stronger message,” he said.

Lawyers for the officers promised to appeal the ruling, local media reported.