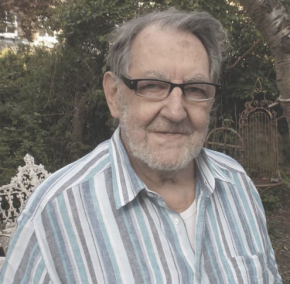 Pioneering AIDS researcher, Joseph Sonnabend, one of the first doctors to warn of the emergence of a new virus in the late 1970s, has died at the age of 88, in a London hospital.

Sonnabend first noticed the rise in the number of similar illnesses among his gay male patients, at a private sexual health clinic he had founded in Greenwich Village, in downtown New York.

But his warning in 1979 went unheeded.

“I wrote to the city health department, asking, ‘Are people reporting this? Am I the only one seeing this? Is there something going in the city that other doctors are reporting to you?’ he told a BBC Radio 4 programme in 2018.

“They didn’t even bother to respond to me.”

The US president at the time, Ronald Reagan, came under fire for ignoring the emerging AIDS crisis, and when he finally addressed the epidemic — in 1987 — nearly 23,000 people had died of the disease.

Born in Johannesburg, South Africa, in 1933, Sonnabend grew up in Bulawayo, in what was then Rhodesia, now Zimbabwe.

The son of a physician mother and university professor father, he studied infectious diseases at the University of the Witwatersrand in Johannesburg, and the Royal College of Physicians in Edinburgh.

Sonnabend moved to New York in the early 1970s, becoming associate professor at the Mount Sinai School of Medicine, later working for the New York City Department of Health, where he advocated for a greater focus on gay men’s health.

But it was for his work fighting the spread of HIV/AIDS, within the gay community in the late 1970s and throughout the ’80s, that Sonnabend will be most remembered.

Former patients, including Sean Strub, who would go on to found POZ magazine, a publication for HIV-positive readers, and is now mayor of Milford, a small borough in the US state of Pennsylvania, say Sonnabend’s diligence as a community physician saved many lives, including his own.

“No question about it,” Strub told the Thomson Reuters Foundation on Monday.

“There was no other doctor who had more success with keeping his patients alive than Joe Sonnabend.”

In 1983, Sonnabend founded the AIDS Medical Foundation, later to become the American Foundation for AIDS research, with virologist, Mathilde Krim.

The same year, he would also prove instrumental in helping to write the first ever safer sex manual for gay men: ‘How to Have Sex in an Epidemic: One Approach’, with activists, Richard Berkowitz and Michael Callen.

“It contrasted very dramatically with the kind of anti-sex messages that were coming out around the world that were saying that basically gay men should stop having sex altogether,” said art historian and HIV/AIDS activist, Simon Watney, who first met Sonnabend in 1985, after picking up a copy of the booklet in New York.

Watney would go on to help Sonnabend bring the People With AIDs Health Group, the first AIDS buyers club – a way for people with HIV/AIDS to access non-officially approved treatments, to Britain.

“It was very galling going to see friends who were losing their sight who were trying to get to London to get hold of drugs that were going to be absolutely crucial to them and I very much helped him with setting up the English side,” Watney said.

But Sonnabend’s career was, perhaps unsurprisingly given the highly politicised nature of HIV/AIDS activism at the time, not without controversy.

Sonnabend was a critic of AZT, an early treatment against HIV/AIDS in the 1980s, the effectiveness of which has since been widely questioned.

“He was sceptical (that) this was going to be the miracle drug,” said Ash Kotak, who leads #AIDSMemoryUK, a campaign to establish a national tribute to memories of HIV and AIDS in Britain.

He also raised questions over whether HIV led to AIDS, which led to frequent arguments with friends and colleagues. He later swiftly recanted those views when proven wrong.

“He had ideas, they weren’t always right and when someone came along and disproved them, he accepted them,” said Gus Cairns, former editor in chief of Positive Nation, the UK’s HIV/AIDS and sexual health magazine.

But while friends and colleagues testify to Sonnabend’s sometimes combative nature, they also pay testament to his work as an HIV/AIDS pioneer.