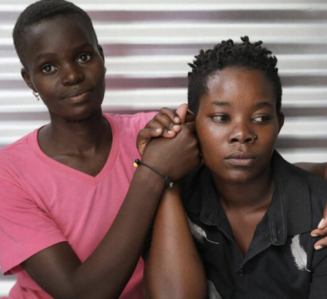 LGBT+ people living in a refugee camp in northwestern Kenya urged UN officials on Friday to move them to a safer area, following a series of homophobic attacks by other residents and locals.

The refugees, who come from countries including Uganda, Burundi, and the Democratic Republic of Congo, said a section of the Kakuma camp, occupied by 135 LGBT+ refugees, had been attacked at least five times since the start of the year.

In one incident last month, three gay men needed hospital treatment for burns, after attackers set their bedding alight as they slept.

LGBT+ refugees have also been beaten, pelted with rocks and stabbed, said Gilbert Kagarura, spokesman for the camp’s ‘Block 13’ area.

“We left our homes and came here to be safe, but even here we are hunted and attacked. We want to be moved to another area of camp,” said Gilbert Kagarura, who fled persecution in Uganda two years ago.

“Violence against LGBT+ people in Kakuma camp has been happening for years. Homophobia is ingrained here. The other refugees and community members simply look for excuses to come after us and attack us,” he said.

The UN refugee agency (UNHCR), which runs the Kakuma camp, said Kenyan police were investigating the suspected arson attack, and that the victims had received psychological support.

It said relocation decisions are made on “an individual and case by case basis”, following a thorough assessment jointly with Kenyan authorities and local partners.

“UNHCR has continued to engage individually with LGBTIQ+ refugees. Some 30 persons have been relocated to other areas of the camp over the past few months,” said a UNHCR statement emailed to the Thomson Reuters Foundation.

LGBT+ refugees said they want to be relocated as a group for safety reasons.

Over the last three years, LGBT+ refugees in Kakuma – a sprawling camp home to more than 160,000 people – have repeatedly complained about their security and have staged demonstrations to demand safe shelter.

In December 2018, the UNHCR relocated about 200 LGBT+ refugees from the camp to Nairobi as an emergency measure after a spate of violent attacks against them.

But Kenya requires most refugees to stay in designated camps and some of them were returned to Kakuma. New LGBT+ refugees are also mostly being sent there.

There are currently about 300 LGBT+ refugees in the camp in total, with the vast majority living in relative safety, according to the UNHCR, adding that more police had been deployed to areas where LGBT+ refugees reside.

Although gay sex is punishable with up to 14 years in jail in Kenya, the law is rarely enforced and the east African nation is seen as more tolerant than neighboring Uganda and Tanzania, though discrimination is widespread.

LGBT+ rights groups Pan Africa ILGA and the Global Interfaith Network have voiced concern about the attacks at Kakuma and are backing calls for the refugees to be relocated.

“We urge UNHCR to take this crisis seriously and to take all members of Block 13 to a temporary safe place as they await evacuation from a clearly highly homophobic camp,” they said in a joint statement last month.