Posted by EILE Magazine on April 1, 2021 in Uncategorized 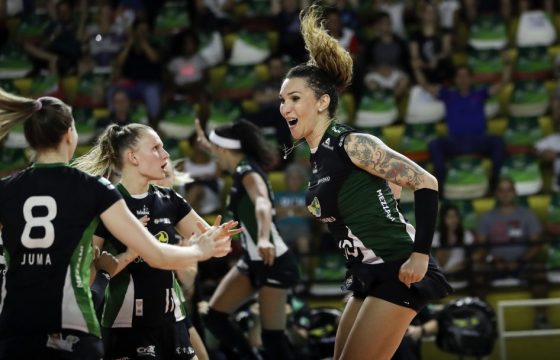 The body that runs English rugby union outlined plans on Wednesday to limit the height and weight of transgender players in the women’s game, amid a global furore over fair play in competitive sport.

Trans women who are taller than 170cm, weigh more than 90kg, or both, may have to undergo an assessment to decide if they pose a safety risk to other women players, or have a ‘material performance advantage’, according to the draft policy.

“We want to strike a balance between inclusion, fairness and safe participation,” a spokeswoman for the RFU, which like other national rugby bodies was not obliged to use World Rugby rules, told the Thomson Reuters Foundation in an emailed statement.

“At the heart of our game is inclusion. It is important to consider the individuals involved and the sense of community and acceptance that our transgender players tell us rugby provides.”

Olympic guidelines in place since 2015 say trans women can compete if they keep their testosterone levels below 10 nanomoles per litre, for at least 12 months. Many sports bodies, including the RFU, now use a level of 5 nmol/L.

Women usually have testosterone below 3nmol/L, against 10 to 30 nmol/L for men. However, 2.5% of women have hyperandrogenism, so have naturally higher levels of testosterone.

Opponents of trans women competing in women’s sport argue that their greater athletic abilities are not sufficiently mitigated by cross-sex hormones that lower testosterone.

The muscular advantage enjoyed by trans women falls by about 5% after a year of testosterone-suppressing treatment, according to a 2020 review of existing studies by the University of Manchester and Sweden’s Karolinska Institute.

Allowing competitors who are well above the average woman’s size would be unfair to fellow players, said Tommy Lundberg of the Karolinska Institute.

Verity Smith, a rugby player and sport youth worker at trans youth charity, Mermaids, disagreed with the RFU proposal, as he said it would exclude some trans women, and subject them to standards that are not applied to other players.

“This seems discriminatory,” he said in emailed comments, adding that before he transitioned, he had played against non-trans women, who were taller than 180cm and weighed over 127kg.

The RFU is consulting on its proposal until April 16th.