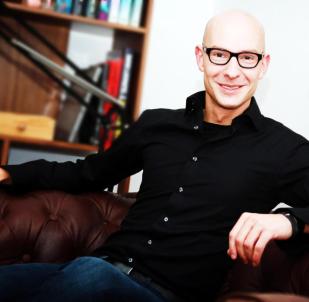 Priests backing Germany’s ‘Liebe Gewinnt’ or ‘Love Wins’ initiative say the Catholic Church is out of touch with its LGBT+ followers.

The Catholic Church has lost touch with the “living reality” of LGBT+ people, said one of more than 100 German priests, who are defying the Vatican this week, by blessing same-sex couples.

In a move that angered liberals within the 1.3 billion-member Church, the Vatican’s doctrinal office said in March that priests cannot bless same-sex unions in lieu of marriage, despite ministers doing so in countries such as Germany.

“If we say that God is love, I cannot tell people who embrace loyalty, unity and responsibility to each other that theirs is not love, that it’s a fifth-or sixth-class love,” said Christian Olding, a priest in the western city of Geldern.

“We’re going have the whole diversity of love.”

Priests and dioceses all over Germany have joined the ‘Liebe Gewinnt’ or ‘Love Wins’ initiative, with blessings taking place this week in cities like Berlin, Munich and Cologne, home to Germany’s largest archdiocese, as well as rural areas.

The March ban on blessings, which Pope Francis approved, sparked dissent within the Church, and surprised many, because he has been more conciliatory towards gay people than perhaps any other pontiff.

The pope has held meetings with gay couples, and encouraged those who want to raise their children in the Church to do so. In 2013, he made the now-famous remark: “Who am I to judge?” about gay people seeking God, and trying to live by the Church’s rules.

The Church teaches that being gay is not inherently sinful, but forbids same-sex sexual activity.

In March, more than 2.000 priests, theologians, and other members of the Catholic Church in Germany and Austria, signed a petition in favour of blessing same-sex couples.

“When someone says that something cannot be discussed anymore, I find that unreasonable and inappropriate,” Olding said, adding that the Church had lost touch with its LGBT+ followers.

“I live in the centre of society. I don’t want to be separated from the daily living reality of the people I accompany as a priest.”

According to the Pew Research Center, a US-based think-tank, 86% of Germans think homosexuality should be accepted.