US: Most Republicans support same-sex marriage for first time – Gallup 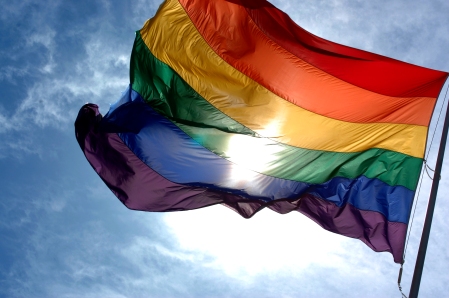 A majority of Republicans in the United States support same-sex marriage for the first time, a Gallup poll found on Wednesday, with a record 70% of all respondents backing gay weddings.

The research shows a significant increase in approval of same-sex marriage since 2015, when it was legalised nationwide following a Supreme Court ruling, and 60% of Americans told Gallup they were in favour of gay marriage.

At that point, Gallup’s annual Values and Beliefs poll, which also gauges support for the death penalty and birth control, found 37% of Republicans supported gay weddings – a figure that has now increased to 55%.

“One of the most striking trends that (our research) shows (is that) Americans can change their views on an issue pretty remarkably in a fairly short period of time,” Gallup analyst Justin McCarthy told the Thomson Reuters Foundation.

“And now we see a majority of Republicans who are supportive for the first time.”

The Republican party has historically been more socially conservative and less willing to advance LGBT+ rights, with new transgender personnel banned from joining the US military under the Trump administration.

According to LGBT+ advocacy group Human Rights Campaign, 29 countries around the world, including Norway, Portugal and South Africa, have legalised same-sex marriage.

Chilean President Sebastian Pinera this month said he would seek to expedite a same-sex marriage bill that has languished in the historically conservative South American nation for years, despite the recognition of same-sex civil unions in 2015.

Legislation is also under discussion in Japan, Lithuania and Thailand.

Gallup’s poll also revealed a generational divide in US attitudes towards LGBT+ issues, with older people holding more conservative views than the young or middle-aged.

“Since the very beginning (of our polling) in the early ’90s, we have seen young Americans being the biggest drivers for the support of gay rights,” McCarthy said.