NHL: Prokop first player with contract to say he is gay 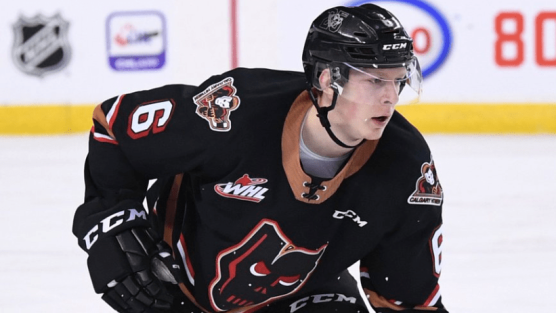 (Reuters) – Nashville Predators’ 19-year-old defence-man, Luke Prokop, said on Monday he was gay, becoming the first active player with an NHL contract to come out publicly.

Prokop, a native of Edmonton in Canada, was a third round pick in the 2020 NHL Draft , and signed a three-year, entry-level contract with Nashville in December.

“While the past year and a half has been crazy, it has also given me the chance to find my true self. I am no longer scared to hide who I am. Today I am proud to publicly tell everyone that I am gay,” he said in an Instagram post.

“It has been quite the journey to get to this point in my life, but I could not be happier with my decision to come out.

“From a young age I have dreamed of being an NHL player, and I believe that living my authentic life will allow me to bring my whole self to the rink and improve my chances of fulfilling my dreams.”

NHL commissioner Gary Bettman said he spoke to Prokop over the phone and pledged the organisation’s support.

“People, unless they can be their authentic true selves, can’t be the best they can be,” Bettman said.

“Anybody who is connected to the NHL, whether it’s front office, whether it’s coaching and player development, whether it’s players, we want everybody to know that whoever you are, you have a place in our family.”

Reporting by Rohith Nair in Bengaluru