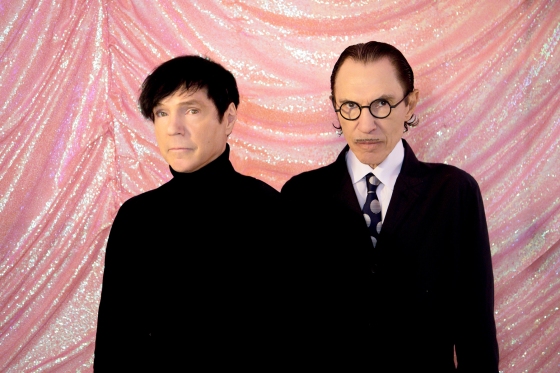 Full disclosure – I have been a massive Sparks fan, the alt/rock/pop duo comprised of brothers Ron and Russell Mael, since first discovering them in the 90s. Indeed, I crushed on Russell quite hard in the mid-90s. In the subsequent years, I have introduced many friends to them, and within minutes of hearing the first notes of their music, they are mesmerised.

In one particularly memorable moment, back in 2006, when Sparks made their first ever Irish appearance at Electric Picnic, I physically dragged the friends I was with into the tent to see them on the Friday night. They had never heard of them, and clearly thought I’d had one too many sherries as I raved about this band. But within 10 minutes they were hooked, and spent half the night back in the tent researching their back catalogue.

That is just the kind of band Sparks are – once bitten, forever smitten. And that’s not just my opinion. They have influenced so many other performers, and just in case you think that’s a sweeping statement , many of them appear here. Beck, Vince Clarke, Duran Duran, and many others all acknowledge Sparks impact on them and the musical landscape.

In this (long overdue) documentary, Wright intersperses interviews with the brothers with those of their contemporaries, former band mates, those they’ve influenced, those they’ve collaborated with, and even former lovers. You get the impression that the Go-Gos Jane Wiedlan, who enjoyed a brief romance with Russell in the 80s after duetting with the band on a song, has been waiting to have a thinly veiled pop at him ever since. He also includes a massive amount of archive footage, using their 25 albums as punctuation marks for each part of the film.

It’s a clever conceit, and it works wonderfully. Both Ron and Russell come across really well, if a little self conscious at being asked to talk about themselves rather than their music (they are a notoriously private duo) and you get the impression that if Ron wasn’t a musician, he would have been a stand-up comedian. He is incredibly witty.

This isn’t your standard Sex, Drugs and Rock ‘n’ Roll story. Rather it’s about the power of persistence and staying true to your artistic vision. Sparks have had more than the odd falling out with a record company, when they insisted on remaining true to their art, rather than releasing records for purely commercial purposes. This is why fans love them, and certain record execs hate them (when once asked to just make a record that people can dance to they released a song literally called Music You Can Dance To to prove a point – they subsequently parted ways with that label).

This has humour and pathos, and literally is no-holds-barred. as they talk about their humiliations as well as their triumphs. Even if you are not a music fan it is a wonderful analysis of the human experience. But if you are a music fan, this is a must-see which encompasses 50 years of music history. If I have one negative thing to say, it’s that I am so jealous that so many people will be discovering this wonderful band for the first time, and having that joyous experience of finding something new that you love. Other than that, I can’t recommend this enough.