OPINION: I fled Nigeria but other LGBT+ activists under threat 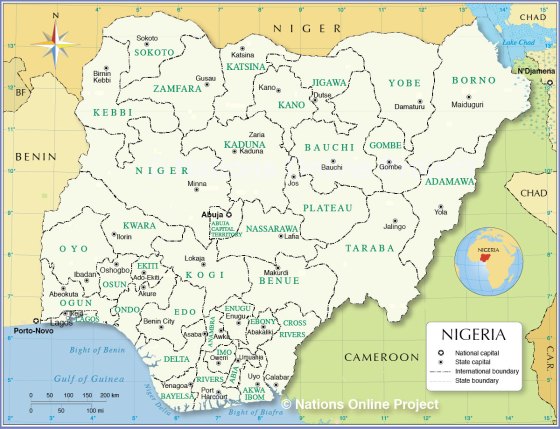 By Micheal Ighodaro – board member of OutRight Action International

I come from Nigeria, one of the 68 countries that continue to criminalise same-sex relations. I had to flee for my life, and seek asylum in the US. I was lucky; most people cannot flee. But I was also unlucky because we should not have to flee. In order to protect LGBT+ people in the most hostile places, the possibility to seek asylum is crucial, and has to be protected. But what is more, we have to support activists on the ground fighting for change and for safety, so that LGBT+ people can live as their true selves everywhere, without having to flee for safety.

While in some places colonial criminalisation laws [lie] dormant, in Nigeria they are actively enforced.

In 2014, the ‘Same Sex Marriage (Prohibition) Bill’ was signed into law, enhancing criminalisation, by including affection between people of the same sex and participation in LGBT+ clubs, societies, and organisations as offences. Moreover, it also made it a crime not to report knowing someone who is LGBT+, implicating friends and families. Because of this law, LGBT+ people are actively persecuted on the basis of perception, because of the way we express ourselves, dress, the people we spend time with, or locations we spend time in.

I experienced this on my own skin. When I was 14, my dad threw me out of the house. I grew up on the streets, doing what I needed to do to survive. I found the underground LGBT+ community, and it is not an exaggeration to say that it saved my life. By that point, I had contracted HIV. I became an activist, and even travelled to a conference on HIV/AIDS in the US. After this conference, my photo and quote appeared in a Washington Post article. When I got home, it was everywhere. I was attacked, my home was attacked, I was beaten to unconsciousness.

As this continued, I realised that to save my life, I had to flee, but while I was lucky to be able to do so, for many people, fleeing is not an option, for financial, social, family, or any number of other reasons. Many others don’t want to flee.

Even for those who do end up leaving, they are not always as lucky as me. Too often asylum seekers end up in detention, like my friend, Edafe, remain on hold for years waiting to be processed, like my friend, Deji, or end up in refugee camps, where our lives are again put at risk. While the right to seek asylum exists, there is no specific law guaranteeing this right, or safety in doing so, for LGBT+ people.

The ability to flee legitimate persecution and war is a fundamental pillar of international law, and it must remain such. But equally important is supporting activists on the ground, who are fighting for change on a daily basis.

I went back to Nigeria after 10 years of being away, and was inspired beyond words at the bravery and creativity of a generation of young activists. Of ‘World Famous James Brown’, who stood up to police while being one of the 47 men being arrested at the infamous party in 2018, and has since become a social media star. Or Yomi, who shakes up male beauty pageants with gender-bending dancing. Or Denrele, a gender-non-conforming TV personality, challenging stereotypes and norms every day. And so many others.

Visibility of LGBT+ people in Nigeria is increasing, and with it come pockets of society in which acceptance is growing. But with the visibility also comes additional backlash. None of the activists I just named are safe, and all of them endure abuse online and in person on a daily basis.

I fled for my safety. But my identity is Nigerian. My heart is Nigerian. My community is Nigerian. So I continue to fight for LGBT+ equality in Nigeria from the US, through involvement with organisations back home, as well as through my work with OutRight Action International. We should all fight for the continued right to asylum, based on sexual orientation and gender identity. And fight for change on the ground, so that one day people don’t have to flee on this basis.

See more of the story of activists fighting for change in Nigeria today in HBO documentary “The Legends of the Underground”.

All opinions are the writer’s own – via Thomson Reuters Foundation