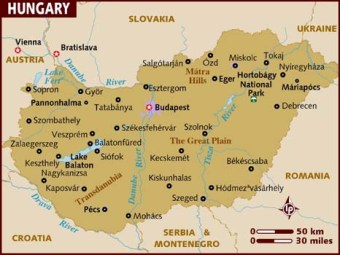 (Reuters) – Book distributors and publishers in Hungary have raised concerns that a decree, restricting the sale of LGBTQ-themed books, could lead to self-censorship, and make such items harder to obtain in smaller towns.

The government has ordered shops to sell sealed and wrapped all books aimed at under-18s, that are viewed as promoting homosexuality or gender change, or containing ‘explicit’ depictions of sexuality.

It also bans the sale of all such books, whether intended for children or adults, within 200 metres (220 yards) of a school or a church.

The decree is part of an anti-LGBTQ drive, that has set nationalist Prime Minister, Viktor Orban, at loggerheads with rights groups and the European Union.

Katalin Gal, head of the Association of Hungarian Book Publishers and Distributors, said more than 100 Hungarian bookshops were within 200 meters of a church or a school, many in small towns.

“This is covertly pushing publishers towards self-censorship. If they make it very hard to sell these books, why would they print them at all?” she said on Friday.

“It is clear that from now on if I write a book with LGBTQ characters, it will reach a much smaller audience,” said Tibor Racz-Stefan, an author of young adult novels, some of which feature same-sex couples.

The order is the first directive spelling out the implications of a law passed in June, banning materials seen as promoting homosexuality and gender reassignment at schools.

Orban, on a pre-election crusade to safeguard what he calls traditional Christian values, says the law is meant to protect children, and that their parents should educate them about sexuality.

With the scope of the decree unclear, the Book Association on Thursday requested a list of books that fall under it from the government.

“If the government really wants to implement this law, a censor will have to review the entire history of literature,” said Ildiko Katona, who owns a publishing house and bookstores.

The government did not immediately respond to a request for comment.