Copenhagen: Return of one of world’s largest LGBT+ Prides 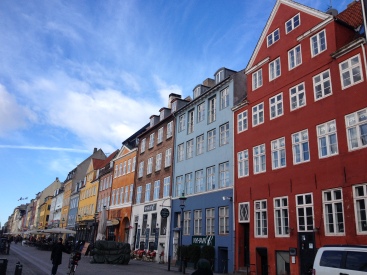 Tens of thousands took to the streets in Denmark on Saturday, in one of the biggest Pride marches since COVID-19 struck, with some celebrating, while others expressed solidarity with LGBT+ people living in fear in Afghanistan.

Spectators lined the streets of the capital, Copenhagen, including elderly women, who exchanged kisses with men dressed in pink cat costumes, while passing cars beeped their horns in support.

“It’s good to be back on the streets,” retired banker, Rob Lengacher, 67, told the Thomson Reuters Foundation, as the march passed through central Copenhagen.

“I’ve gone to several WorldPrides, and I think it’s important that we’re visible and that we’re out and we’re active.”

WorldPride, which began in Rome in 2000, is held in a different city every two years. The last event, in New York in 2019 – the largest WorldPride ever, with 5 million in attendance – marked the 50th anniversary of Stonewall.

The 1969 Stonewall riots, when the LGBT+ community fought back against a police raid on New York’s Stonewall Inn, sparked the birth of the modern-day gay rights movement – with the first ever Pride march taking place in the city the following year.

More than 200 Pride marches were cancelled last year due to the pandemic – and more have been postponed this year, including the London and New York Prides, two of the world’s largest events.

Sydney’s Mardi Gras, usually attended by millions, went ahead in March, but with just 5,000 marchers and a ban on larger floats, a mainstay of the parade.

This year’s WorldPride is the first to be held in two cities – Denmark’s Copenhagen and Sweden’s Malmo, some 40km apart, and joined together by Europe’s longest road and rail link, the [Øresund] Bridge, over the strait that divides the two nations.

To reduce the likelihood of Coronavirus transmission, six marches set off from different points across Copenhagen on Saturday, meeting in the city’s largest park to watch the closing ceremony, live-streamed from a city centre arena.

While many marchers were joyous to be dancing in the streets after nearly two years of Coronavirus restrictions and lock-downs, several performers on the main stage said it was important to remember those in countries with anti-LGBT+ laws.

Francesco Segala said he was thinking of gay men in Afghanistan, hiding from the Taliban, who took power on Sunday.

Under the Taliban’s first regime, from 1996 to 2001, there were reports that men accused of [homosexuality] were sentenced to death, and crushed by walls pushed over by tanks.

The Taliban has said Afghans have nothing to fear, but the German newspaper, ‘Bild’, last month quoted a Taliban judge saying gay sex should be punished with a death sentence.

“You are not alone and we will continue to fight for you – and please be yourself.”

Other marchers echoed Segala’s sentiments that WorldPride should provide a platform for challenges affecting the LGBT+ community around the world.

Poet Sylvia Thomas, 25, who was set to perform at the closing ceremony on Saturday evening, said Pride should be seen as a protest as well as a party.

“Pride means joy and so much resilience,” said Thomas, an intersex and transgender activist, who regularly performs at Pride events.

“It’s important to let (homophobes) know we exist and that we’re alive – here, there and everywhere.”